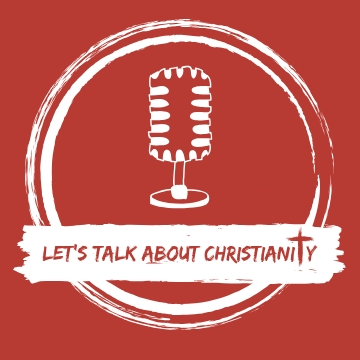 I have a weather app on my phone that kindly sends me alerts of all kinds. The past few days I have been getting one that I do not particularly like: “A high pollen alert has been issued for your current location.” Granted, it is that time of year, but that does not mean I have to like it. Okay, so I might (or might not) take an antihistamine, but as far as it goes, knowing that the pollen is high does not really help me because I have to go out into the world whether the pollen is high or not.

What if you could have an app that gave you “high temptation alerts”? On a day or at a location where temptation was going to be especially high for you, a reminder would pop up, a tone would sound, and your phone would begin vibrating like crazy. There would be no way for you to miss the warning, but how would you respond to it? On the one hand, you still have to go out into the world (cf. 1 Corinthians 5:10), and temptation is never going to be completely unavoidable, but certainly there are times and places where temptation is going to be greater than others. There are three words I love to hear people say. “I got this.” When those words are used, they are displaying confidence in their abilities to accomplish the task at hand. Yet we have all witnessed times when those words were followed by disaster. While it is true that we need a certain level of confidence when dealing with the devil and his devices, we should never be foolish enough to intentionally place ourselves within his reach.

The truth is that while such an app would most certainly come in handy, would we choose to ignore its warnings? In all honesty I should probably be taking an antihistamine all the time, but I do not often take them. Sometimes I forget, sometimes it is inconvenient, and I just do not like them. And if we are honest about temptation, we can probably admit there are times when we do not avoid it like we should. Sometimes we forget, sometimes it is inconvenient, and sometimes we just do not want to. But let us also admit that the illness that might result from exposure to allergens in no way compares to the sin-sickness resulting from succumbing to temptation!

Are you doing all that you can to limit exposure to temptation and the devastating effects it can have on your soul? The apostle Paul gives us indications as to how to handle some temptations: run! (See 1 Corinthians 6:18; 1 Corinthians 10:14; 1 Timothy 6:11; 2 Timothy 2:22.) Get as far away as you can! Put on the amour of God (Ephesians 6:11)! James says to resist the devil and he will flee from you (James 4:7).

Do not ignore the warnings!

Join us every Friday at 9:00 am on WGWD-LP 98.3 FM for ‘Let’s Talk About Christianity’. Or, subscribe to our YouTube channel or Podcast channel on iTunes!

What Is LTA About?

Welcome to the Let’s Talk About Christianity website! Here at LTA, we are dedicated to the discussion of the Bible, New Testament Christianity, and our Faith as Christians. So, join us on our journey as we discuss bible topics and controversies, along with social topics, that relate to our lives everyday.