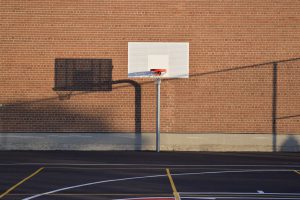 It’s that time of year again; March Madness! The time of year where we put hours into filling out tournament brackets, researching statistics that we do not even understand, only to have those brackets busted the first game of the first day. The time of year that can bring a grown man to tears with one follow through of a jump shot. The time of year where our favorite team loses to the ‘Cinderella’ team, usually an eleven or twelve seed from a University we didn’t even know existed. The time of year that we can see all the hopes and ambitions for our favorite team altered forever with one shot. But, if you are a sports fan, especially a basketball fan, it is probably your favorite time of year. Why? The presence of the “Cinderella” team in the tournament. I define a “Cinderella” team as, “a team of low status or prestige that, unexpectedly, achieves something of great importance.” Everyone loves a good underdog to cheer for. Whether that ‘underdog’ knocks out your favorite team, or wreaks havoc on your bracket, we like to cheer on the team who isn’t supposed to be there, the team who isn’t supposed to win. My favorite “Cinderella” story in sports revolves around the 1954 Milan High School Indians, or the inspiration for the classic movie Hoosiers. While Hollywood added some dramatic effect, (Surprising, right?), the summation of the story was accurate. Milan High School competed in a “Single-Class State Tournament” in the 1954 season. They faced many opponents, surviving and advancing through each one. In the championship game, Milan faced a school with five times their enrollment. It was a close game until the very end, when Jimmy Chittwood, (Real name: Bobby Plump), hit a last second shot to win the State Championship. They were the smallest school to ever win the “Single-Class State Tournament” in Indiana state history. In fact, no school with less than five times the enrollment ever became State Champions again. Now, that is a “Cinderella” story.

One of the most inspiring aspects of the Bible is the ‘Cinderella’ stories that it contains. Especially stories of “Cinderella” Christians. From Esther, the maiden who became Queen, to the story of Joseph, an unloved brother who overcame his siblings, these are “Cinderella” Christians that warm our hearts. But, the most commonly known “Cinderella” Christian within the Bible comes from 1 Samuel 17, the story of David and Goliath. We all know how it goes; David, the unlikeliest son of Jesse’s to become King of the Israelites, was chosen by God, through Samuel. Goliath, a Philistine, sworn rival of the Israelites, taunted and taunted the Israelites, literally. Every morning, and every evening, Goliath would say, “Hey, Israelites, if you can find one person that can defeat me in a fight, then all Philistines become your servants.” Some good, ole-fashioned trash-talk. All of the Israelites cowered in light of the request, but David did not. Although David was a sixteen-seed, he stood up to the giants (A certain #1 seed) and challenged him to a fight. All the other people were scared for David, but David knew that he had God on his side and as long as God was with Him, he would be alright. So, David went and collected five smooth rocks from a nearby creek. When Goliath saw this, he laughed and taunted David. But, it didn’t disconcert David, he stepped up for the big shot anyway. Then, David said, “You come with a sword and armor to fight me, but I have God on my side. After I defeat you, everyone will know that there is only one, true, God.” David reached into his pouch, pulled out a stone and placed it in his sling shot. Just as the “Cinderella” team takes down the “Better” team with one shot, David took down the “stronger” Goliath with one stone. David was a “Cinderella” Christian. The greatest “Cinderella” story was cemented in history. (1 Sam. 17)

I wonder if the Hoosiers derived inspiration from David and Goliath?

Using my definition, a “Cinderella” Christian is defined as, “a person of low status or prestige that, unexpectedly, achieves something of great importance.” Do you know what that means? It means we are all a “Cinderella” team! In the grand scheme of things, we are nothing special. Sure, we hold value in the eyes of God and we are special to Him, but we are all humans. Humans who were created by the hands of God. As we read in Genesis 1:27, we were made “in His own image.” A statement that denotes equality among us all.  Whether you are rich or poor, healthy or sick, black or white, we are all equal in the eyes of God. In light of the Almighty God, and our Savior, we are of low prestige. In other words, we are all “Cinderella” Christians. In the NCAA tournament, everyone of us would be a sixteen-seed. And, just as every tournament team must do, in each aspect of our Christian lives, we must survive and advance. Every obstacle in our spiritual lives is an opponent that we must defeat in order to continue our pursuit of the ultimate goal: Heaven. It is a goal that any person, male or female, can achieve. One perspective, which might help you achieve that goal, is to look at your Christianity as a bracket. In the NCAA tournament, you must make it through five rounds to make it to the Championship game. In total, you must win six games to reach the pinnacle, to win a National Championship. First, the Round of 64, then the Round of 32, then the Sweet 16, then the Elite Eight, then the Final Four, and finally the Championship game.  In order to become a Christian, and inherit eternal life, you must complete six things. First, you must hear (Romans 10:17). Second, you must believe (John 3:18). Thirdly, you must confess (1 John 4:15). Then, you must repent and be baptized for the remission of sins (Acts 2:38). Finally, you must remain faithful unto death (Revelation 2:10). Just as teams must compete for two twenty-minute halves in order to win a Championship, we must remain faithful throughout the entire game of life in order to inherit our eternal goal, Heaven. In each round of the bracket, you must face opponents that threaten your Christianity. These opponents can be any number of Christian fears. If you survive those opponents, you will advance to the next round. Some opponents will be tougher than others, you might even lose a lead or two, but the journey is one you do not want to miss. So, cheer for yourself, overcome each obstacle within your spiritual life, and achieve the ultimate goal; Heaven. As any “Cinderella” team knows, the seed is just a number, there will be doubters, and the road is difficult, but working towards the goal and achieving that goal is well worth it. Are you a “Cinderella” Christian?

“But many who are first will be last, and the last first.” (ESV)

Note: Thanks to UMBC for the inspiration. The first 16-seed to ever defeat a #1 seed in the NCAA Tournament. The very definition of a “Cinderella” team in sports.