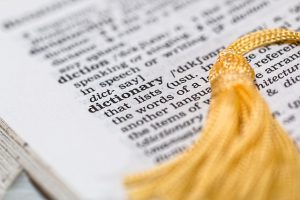 So…I want to introduce a new segment to our blogging called “WOW” or Word of the Week.  I have been called a “grammar nerd” by some, and I suppose there might be a small degree of truth to that, but the reason I so like words is…they are how we communicate!  Every thought we have, everything we see, hear, taste, touch, or smell has a word associated with it.  (One day I will give you my greatest philosophical argument against instrumental music based on this concept.)  WE HAVE TO HAVE WORDS!!!!!!  You may be what is called a “visual learner” where you associate concepts with images, but even then, you have to have words to describe those images.  Anyway, I think you get the point.  What I want to do here is to take some words from the Bible, break them down a bit, and see how they apply to us today.

I chose to open this blog segment with the word “awesome.”  If you are an OKJ person (Old King James) and you look in a concordance such as Strong’s, you won’t even find this word in your Bible.  But the newer translations have included it, and included it a lot (for example, x38 in the NKJV and x32 in the ESV).  But what does it mean?

The definition of “awesome” according to dictionary.com is:

Notice that the primary definition of the word.  Now, give me your honest answer: How many times have you ever heard the word used in this sense?  Uh, honestly, maybe occasionally.  In its slang sense, however, the word is used regularly and very casually.  But when we open our Bibles and find the word, it is always used in the sense of the book definition, that is, inspiring an overwhelming feeling of reverence, admiration, or fear.  As you read the word in one of the more modern translations, you may be tempted to substitute the slang usage for the actual definition, and that would be an awesome mistake (like what I did there?).

I am picking on the New King James since that is what I personally use, but when you find those 38 times the word “awesome” is used, 37 of them are in the Old Testament and only once in the New Testament (and it is found there in an OT quotation–Acts 2:20).  Of the 37 Old Testament occurrences, 29 of those are translated from the Hebrew word “yare,” which means, appropriately enough, “to fear; morally to revere; causatively to frighten” (Strong’s).  (Trivia: “yare” is used over 300 times in the Hebrew, but those 29 times where it is translated “awesome,” they all make reference to God or something He has done.)

OK, so the point I want to make is this: when you sing, “Our God is an Awesome God,” please do not sing it in the sense of God being “like, totally cool,” but that He is truly awe inspiring, to be admired, to be revered, to be feared.

And one more for good measure….

“He has sent redemption to His people; He has commanded His covenant forever: Holy and awesome is His name. The fear of the LORD is the beginning of wisdom; A good understanding have all those who do His commandments. His praise endures forever” (Psalm 111:9-10).