Some Thoughts On Las Vegas 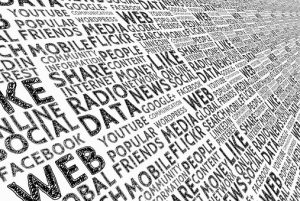 What do a deranged shooter and an unemployed television business executive have in common? Neither demonstrated a value for human life.

The Las Vegas shooting is a tragedy of epic proportions. The absolute disregard for humanity is astounding and mind boggling. Authorities will be searching for weeks and months to come in an effort to unravel the motivations behind the event. At the end of it all, though, the motivations will not matter. Whatever they find, there cannot be justification for his actions. The ends do not justify the means. They never have. They never will. Surely this is something that we can all agree on. No matter what pain this man may have felt, no matter what ghosts may have haunted his past, his present, or his future, the disregard for human life is without merit, without excuse, and without justification.

In the midst of this chaos coming out of Vegas, a television business executive (not a reporter, but a vice president) posted on Facebook words to the effect of lacking sympathy for the victims of the shooting because of a stereotype that contradicted held political and social beliefs. Wait, what? Isn’t a lack of sympathy for someone who died the equivalent of saying they got what they deserved? (The VP later deleted the post, retracted the statement, and apologized, but the apology came after their employer had fired them.)

OK, so what is the difference between this shooter and this former executive? Relative to their demonstrated view of human life, nothing. But, you say, being guilty of murder is not quite the same as an indiscriminate Facebook post. And I would have to agree with you to a large degree. But remember, the ends do not justify the means. Innocent people died, people with families, dreams, hopes, and ideals of their own perished. If a stereotype or ideal we possess forces us to consent to their deaths, how different could we possibly be? Jesus said,

“You have heard that it was said, ‘YOU SHALL LOVE YOUR NEIGHBOR and hate your enemy.’ But I say to you, love your enemies, bless those who curse you, do good to those who hate you, and pray for those who spitefully use you and persecute you, that you may be sons of your Father in heaven; for He makes His sun rise on the evil and on the good, and sends rain on the just and on the unjust.” (Matthew 5:43-45).

Dear Christian friends, do not let anger, hatred, stereotypes, or your own ideals blind you to be guilty of the same. Do I agree with everything that goes on politically, socially, or judicially? No, I do not. Rejoicing in the suffering of others, however, is the exact opposite of what Jesus did. Don’t say “I love my neighbor” out of one side of your mouth only to allow the putridity of hatred to fall from the other.